Video poker titles are popular among casino games fans who just want to try their luck at drawing the best poker hand possible, without the rounds of betting, calling and bluffing that are an integral part of multi-player table poker games like Hold’em. With one hand and no opponents, the player can work on their odds-calculating skills, trying to decide which cards to discard in the hope of creating better poker combs with the cards they hold.

Aces and Faces is a popular video poker variant, in which all the picture cards and the Aces win enhanced prizes for Four of a Kind combos. There are several versions available online, most of which have a very dull layout and, frankly, a rather 20th-Century look to the design. Renowned game developer Playtech, however, has come up with a version of Aces and Faces that is no different in play and prize values to standard Aces and Faces variants, but which just looks so much better.

Instead of the boxy solid colours used in most versions of Aces and Faces, the Playtech title has a backdrop of soft mauves and pinks. The Aces and picture cards, the focus of the game, are rendered in loving detail, with minor differences between each character in the various suits.

A hand of Aces and Kings surmounts the screen as the game’s logo, and two bearded Kings face each other across the pay table. The pay table itself is rendered smaller and more delicately designed than it is in standard Aces and Faces versions, but it is still perfectly legible. The game controls are neat and unobtrusive, and the cards themselves are designed with eye-catching 3D touches.

As the name implies, the picture cards and the Aces have special functions in Playtech’s Aces and Faces. Basically, they win boosted prizes for Four of a Kind. This is quite standard in video poker. Most variants rank hands according to the usual poker hierarchy, normally starting with a Pair of Jacks or better. In increasing order of value, the winning hands are then Two Pairs, Three of a Kind, a Straight, a Flush, a Full House, Four of a Kind, a Straight Flush and a Royal Flush. The Royal Flush, a run of 10 to A all in the same suit, is very rarely seen.

The twist in Aces and Faces, the same in Playtech’s version as it is in other variants, is that Four Jacks, Queens or Kings win 200 coins when the maximum bet is played, as opposed to 125 coins for Four of a Kind with any lower cards. Four Aces win 400 coins, which is better than the 250-coin win for a Straight Flush. The Royal Flush wins 4,000 coins.

Like almost all video poker titles here, Playtech’s Aces and Faces offers players five levels of betting, with the prizes increasing or decreasing accordingly. If the budget is sufficient, however, players will do best if they bet the maximum five credits on every deal. This is because the top jackpot, for a Royal Flush, increases substantially as more credits are played, so to get the most out of Aces and Faces, it is advisable to play at max bet. 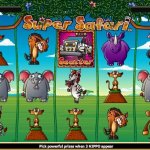