There are a variety of digital slots games available online with Christmas themes, but the slots Deck the Halls game from Microgaming is perhaps the most Christmassy of them all. It is devoted entirely to Santa and the trappings of Christmas Eve, with the action accompanied by a constant medley of jolly carols. It doesn’t try to develop any sort of plot; the entire theme is wrapped up in the snug homey location and the time of year.

The slots Deck the Halls game plays on five reels and three rows, against a backdrop of bright red wrapping paper. It has 30 fixed pay lines, but players can vary the bet per line from 1 to 500 coins, making total bets per spin as low as 30 coins and as high as 15,000 coins possible.

Bursting at the Seams with Theme

The slots Deck the Halls game has no need of poker symbols; tinsel and lights decorate the reels, and all the symbols can be found on or near a Christmas tree. Most of them are tiny Christmas tree ornaments, rendered by the designers in beautiful 3D drawings. The three of lowest value are the cluster of pine cones, the candle lantern and the gold balls, which all win prizes of 5 coins for three of a kind. For five of a kind, they win 30, 40 or 50 coins, respectively.

Next up in value are a reindeer ornament and a glowing star, with top prizes or 70 or 80 coins. The high-value symbols are: a collection of gaily wrapped presents, a roast turkey, stockings hanging over a fireplace, the Christmas tree and Santa, checking his list. These icons win 200, 300, 400, 500 or 1,000 coins for five matches, respectively. Santa can arrive stacked at all stages of the game, sometimes covering all three spaces on the reel. When stacked reels start lining up adjacent to each other from Reel 1, big wins on several pay lines at once become a possibility.

A pair of Christmas tree bells forms the slots Deck the Halls game’s Scatter symbol. For two, three, four or five matches anywhere on the reels, the Scatter wins the player 2X, 3X, 10X or 100X the total bet on the spin.

Three or more Scatters also activate the bonus round of 10 free spins, during which all wins are doubled. The Wild stacks in the bonus round, and continues to double any wins it features in as a substitute. So in effect, wins containing a Wild receive a 4X multiplier during the free spins round.

A Quick Introduction to Super Cars Slot from OpenBet 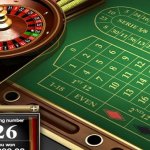